Unborn.com featured on Point of View 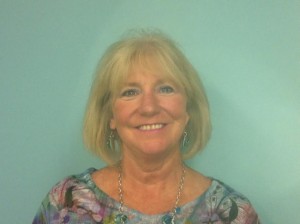 Shari Richard was a featured guest on Point of View Radio with Kirby Anderson Scroll to 29:05 to view the Shari Richard interview.

Streamed live on Sep 23, 2014
Today on Point of View, Kerby speaks with Greg Laurie, Senior Pastor of Harvest Christian Fellowship, about the Harvest America Event. He then speaks with Shari Richard about her ministry which uses ultrasound pictures to help women understand there is life in the womb. In the second hour, father and son team John and Sam Eldredge talk about their book “Killing Lions” and their ministry to men.

1:01:03 Interview with John and Sam Eldredge
Here’s the YouTube Link

In 1985, Maddoux founded USA Radio Network, a for-profit company, which grew to be carried on more than 1,300 affiliated radio stations across the nation. In 1994, the National Religious Broadcasters awarded the USA Radio Network its “Program Producer of the Year” Award.

Shari Richard, is often the guest on radio programs interested in her continued work in the ultrasound training and education work. As a result, often press releases and social media posting result in invitations to speak on radio stations across the United States.

Yesterday, on WBCI (105.9 FM) I heard your interview with Kerby
Anderson. Thank you for having a heart for the unborn children.
Knowing that you brought the ultrasound tool to show how precious and
vital the unborn child is... During the interview you validated that
caller who shared her story about driving a friend... Thank you for
doing that. It took a lot of courage for her to share her story.
Shari, I will share your links on both Tweeter and Facebook. THANK
YOU SO MUCH for all you do to bring awareness of the unborn child.
Two thumbs up!