Breast cancer. Two of the scariest words a woman can hear.

You’d think people who claim to advocate for women would do everything possible to educate them about their risks. You’d think they’d offer all the information and all the research. 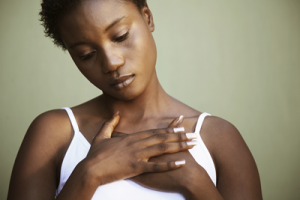 But the abortion industry has a vested interest in making sure women don’t hear about the link between abortion and breast cancer. In fact, they deny it exists, even in the face of another medical entity warning young girls of the risk.

Earlier this month, after considering research, the American College of Pediatricians firmly reiterated its stand on the abortion and breast cancer (ABC) link. The president of the College flatly stated, “When one considers the normal anatomy and physiology of the breast it becomes clear that this link is causal not merely correlational.”

Here’s the link in a nutshell: before pregnancy, lobules in the breast are immature and undifferentiated—not yet milk-producing cells. Days after conception, though, estrogen levels start rising, triggering changes. By the end of the first trimester, estrogen is up by 2,000 percent. By 20 weeks into pregnancy, lobules have increased so much that breast volume doubles. In the last 20 weeks, the lobules mature until they can produce milk. At 40 weeks, 85 percent of the lobules have differentiated and matured into Type 4 cells, known to be more cancer-resistant.

The exposure of immature lobules to estrogen is when they’re quickly growing and changing. It’s at this time they’re most vulnerable to breast cancer. If a woman has an abortion before 32 weeks, her lobules and ducts have increased and been exposed to an estrogen bombardment, but they never get the chance to mature into the protective Type 3s and 4s. She only has more Type 1s and Type 2s—more places for cancer to form.

Metastatic breast cancer is on the rise in the US among women ages 25 to 39. And it’s not just here: other countries where abortion has increased also show a rise in breast cancer. Studies also show that risk increases with every subsequent abortion, as the lobules are stimulated again and again with estrogen but never allowed to mature. Learn more about the ABC link on our website.

Imagine the loss of income to Planned Parenthood should the truth about the ABC link be widely known. Killing babies is their cash cow and they’ll protect it at all costs, even when Komen gets in the way. It’s not about safeguarding the health of women. It’s all about the money.

Each year thousands more are diagnosed with those two frightening words, “breast cancer.” Imagine the number of women who could be spared this horrible and often deadly experience if the abortion industry would come clean and stop putting ideology over the lives of countless women. Sounds like a real war on women, if you ask me.

Begin helping women today. Get informed and then share your life-saving knowledge with others. We’re on the side of more information to empower women. You can read the College’s full statement here.

Life Issues Institute is dedicated to changing hearts and minds of millions of people through education. For over 23 years, organizations and individuals around the world have depended upon Life Issues Institute to provide the latest information and effective tools to protect innocent human life from womb to tomb.